Contrary to what we are led to believe, industrial seed oils like canola oil, corn oil and soybean oil are not beneficial to our health. These are also called vegetable oils.

These are cheap oils made from agricultural surplus and a very recent addition to our diet. Only beginning to be used since the early 1900’s.

A growing body of research is starting to show that the consumption of these nutrient poor industrial seed oils has significant adverse effects on our health. And is one of the leading causes of chronic disease in the country.

HOW TOXIC TRASH ENDED UP AS FOOD

In the 1870’s two ambitious men named William Procter and James Gamble created a way to make soap from vegetable oil. Instead of using the traditional methods with rendered pork fat they used cotton seed oil.

Cottonseed oil was formally used for lighting and fuel. But due to new oil discoveries it became over abundant, displaced and considered toxic waste.

Procter and Gamble found that cottonseed oil could be chemically altered through a process called hydrogenation, turning it into a solid similar to that of lard. And Crisco was born!

Basically, Proctor and Gamble turned an unprofitable product, toxic trash, into a gold mine.

Because these oils are made from agricultural surplus, seed oils are very cheap for the consumer.

By the 1950’s these oils and others such as, soybeans, rapeseed (Canola), corn and safflower oils became extremely popular and abundantly used in Western society.

A more detailed version of this story can be found here.

For these oils to be consumed they must be refined, bleached and deodorized. A very unnatural process.

Seeds are collected from the different plants (corn, soy, cotton, safflower and rapeseed).

The oils are then refined by heating to a high temperature and adding sodium hydroxide (lye).

The extremely high heat used to extract the oils causes the unsaturated fats in the oils to oxidize.

Petroleum-based solvents, such as hexane a volatile hydrocarbon similar to gasoline, are then added to maximize the amount of oils extracted.

Due to their now off-putting smell, the seed oils have to be deodorized with chemicals. This process produces trans-fats, which are known to be harmful to human health.

Lastly, more chemicals are added to enhance the color of these industrial seed oils.

HOW DID TOXIC OILS BECOME SO POPULAR AND START SHOWING UP ON OUR PLATES?

The American Heart Association (AHA) received millions in donations from Proctor and Gamble and the makers of Crisco in the 1940’s.

This infusion of funds helped the AHA grow into a physician’s organization dedicated to heart health.

Along this same time period, Ancel Keys, a physiologist presented data that supposedly linked saturated fat and cholesterol intake and heart disease. The result of this data pitted vegetable oils against what was now being called “unhealthy” saturated fats from animals.

Key’s recommendation of polyunsaturated fatty acids aligned with the motives of industrial seed oil sellers. And the AHA soon endorsed “vegetable oils” as a healthier alternative to animal fats.

This created the momentum and promotion of margarine and other industrial seed oils making them common place and pushing out healthy animal fats.

It’s now acknowledged that Key’s data was based on faulty research. Unfortunately, his ideas permeated the medical community and organizations such as, the National Cholesterol Education Program and National Institutes of Health.

They all hopped on the anti-animal fat train and unfortunately, we were all on for the ride.

WHAT WE NOW KNOW

A 2014 a meta-analysis of Key’s health claims found no benefit to overall health from reducing saturated fats or increasing polyunsaturated fatty acids (PUFAs) from vegetable oils.

Research now indicates that the consumption of industrial seed oils has significant adverse effects on our health.

Our body’s evolutionary design is a mismatch with today’s modern environment.

The Standard American Diet (SAD) is composed of refined carbohydrates (sugars and processed grains). The calories of the SAD diet work against our ancestral biology, our genes, causing us to become overweight and sick.

Our hunter-gather ancestors only consumed 1-3 percent of their total calories from omega-6 fatty acid. Due to the Western SAD diet and the abundant use of industrial seed oils, we consume an estimated eight percent of omega-6 in our diets causing our health to suffer.

Industrial seed oils are the most significant contributors to the imbalance of the omega-6 to omega-3 ratio in the Western diet.

Humans cannot make essential fatty acids (polyunsaturated fats). Therefore, we must consume them in our diets in the form of omega-6 fatty acids and omega-3 fatty acids.

Our ancestral balance between omega-6 and omega-3 was 1:1. The Western diet has significantly exceeded that balance with a range of 10:1 and as high as 20:1.

A delicate balance between omega-6 and omega-3 is critical for our optimum health. This imbalance plays a significant role in developing chronic inflammatory disease, which is prevalent in our country today.

Ensuring that you have a balance of these fats in your diet is essential to your health and avoiding chronic disease.

These substances are known to promote cardiovascular disease and type 2 diabetes. They also promote aging and the development of other types chronic diseases.

They contain additives that disrupt the immune system.

Synthetic antioxidants are added to prevent oxidation and rancidity in these oils because they are so unstable.

Synthetic antioxidant BHA, BHT and TBHQ have endocrine and immune disrupting effects and are carcinogenic. TBHQ has also been found to promote the development of food allergies.

A GMO (genetically modified organism) is the result of a laboratory process where genes from the DNA of one species are extracted and artificially forced into the genes of an unrelated plant.

Eighty-eight percent of Corn, 93% of soy, 94% of cotton and 93% rapeseed (rapeseed is used in to make canola) are genetically modified.

The long-term safety of consuming GM foods is unknown because there are so few studies.

The concern is that by mixing genes from totally unrelated species, genetic engineering unleashes a host of unpredictable side effects.

Avoid eating GMO plants and animal meats raised on GMOs as much as possible.

Repeatedly reheating these oils, as seen in restaurants and our own kitchens, magnifies their toxic effects creating toxic byproducts.

These toxins deplete the body of vitamin E, a natural antioxidant, while inducing the formation of free radicals.

Free radicals damage the substances that the cell needs to work properly. This damage causes mutations that produce more free radicals, thus accelerating the process of damage to the cell.

If free radicals overwhelm the body’s ability to regulate them, a condition known as oxidative stress ensues. Basically, the body losses its ability to counteract damaging effects of free radicals through neutralization with antioxidants.

Oxidative damage then occurs due to the harm sustained by cells and tissues that are unable to keep up with free radical production.

EIGHT QUALITY FATS YOU SHOULD BE USING TO PROMOTE HEALTH

To promote your health, use the same fats your ancestors used and that align with your biological makeup. Here are some to consider.

TO SUM IT UP

I hope this information has helped you understand why industrial seed oils disrupt your balance of essential fatty acids and negatively impact your overall health.

Look for ways to include healthier alternatives in your daily meals.

For more information on healthy fats and their nutrient contents or to learn more about what oils to avoid, check out these two articles by Mark Sisson, Chris Kresser.

What steps can you take to begin removing harmful oils from your everyday life?

What one oil could you like to try as an alternative to industrial seed oils?

I provide you with a compassionate, judgment free environment where we’ll have a casual conversation and get to know each other to decide if coaching if right for you. 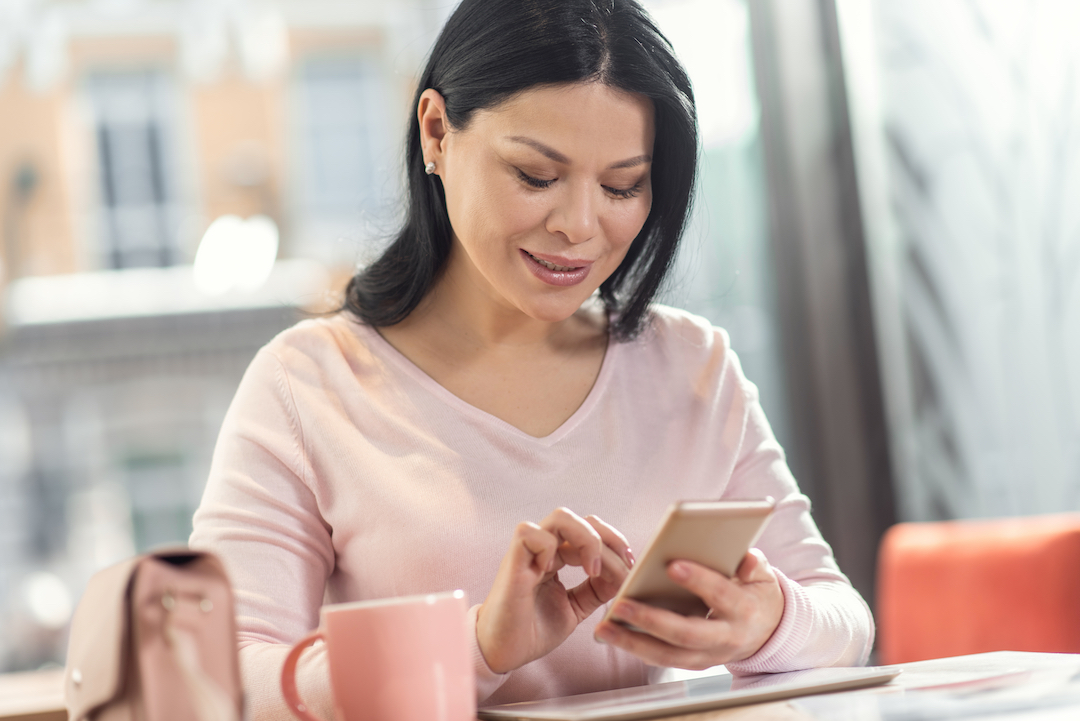 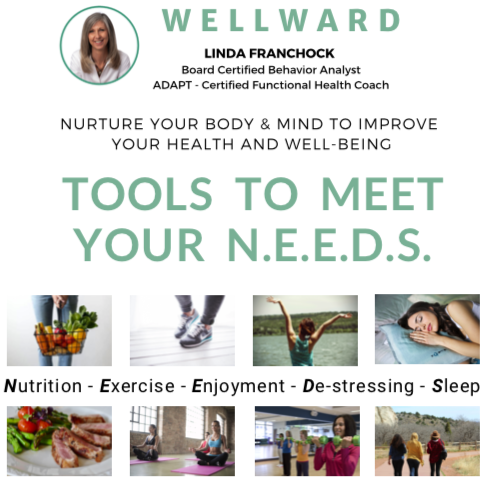 Sign up today to receive the “Tools to Meet Your N.E.E.D.S.” ebook, which contains Linda’s favorite products and practices for wellbeing.

You’ll also get notified about new resources and learning opportunities from Wellward.